In loving memory of Elliot

Our lovely boy Elliott sadly passed away recently .The sad loss of our boy was unexpected and followed a short illness.

This page is dedicated to Elliott  and ensures his memory will live on. Sadly missed but never forgotten. 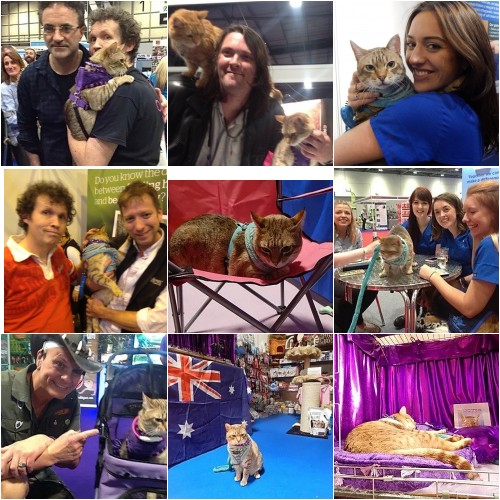 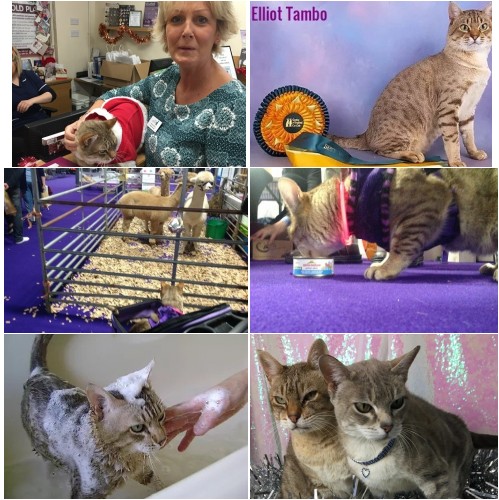 Elliott met many people during his life, some of those moments are captured here.

Some people he met are featured here Noel Fitzpatrick the Supervet, James Bowen the author with his street cat Bob,

Fitzpatrick staff, Julian Norton the Yorkshire Vet ,and Crocodile Joe. He also went to the vets every Christmas to hand over and receive presents

Elliott also did all the national shows with us having his own pad on the trade stands where he could snooze after a hard day at the office. First thing in the morning he would be checking the world out at the stand entrance. During the shows as well as meeting many people he also had chance to check out other creatures such as Alpacas. A favourite of his in London was to check out the Almo Nature stand and tuck into his favourite lunch straight from the tin. Shows did mean bath times beforehand which he always enjoyed. At the end of the year  the Christmas photo shoot with his best friend Sophie. Now his grandson Romeo moves up into Elliots place, but Elliot will never be forgotten . Elliotspetwarehouse is the home of Elliot and the place where his legend lives on.